Contract Campaign Update 6: A Message from the UE Bargaining Committee at Hallcon 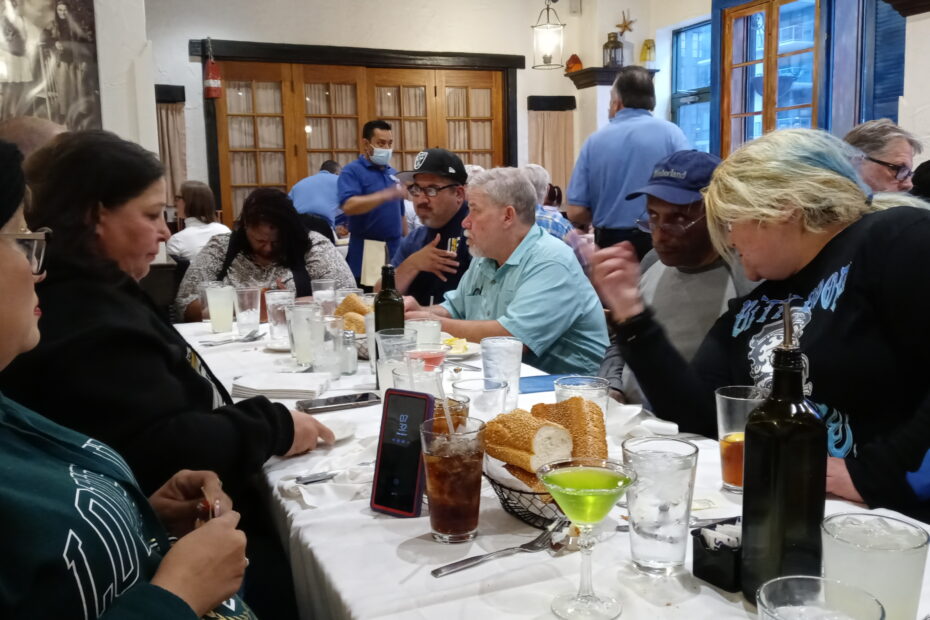 The Union and the Company completed the seventh day in bargaining on August 25th, 2022.

Hallcon did not respond to UE’s wage and benefits proposals at last week’s meeting on August 17th. Instead, we got a lecture. The Company was critical of the Union for putting out reports from bargaining. The UE bargaining committee was not interested in a gag rule and decided that we will continue to keep drivers updated about the very important issues we’re fighting for.

The Union began its wage proposals very high with a $6.75 increase in the first year of the contract, $2.00 in the second year, and $2.00 in the third year. The Bargaining Committee knows that the railroads are going to have to pay Hallcon more if Hallcon can get anywhere near those kinds of raises. We remain open to helping the Company go to the railroads to make the demands there.

We received a proposal from the Company on Saturday, August 20th, via email. It had the initial opening proposal of $0.20 in the frist year, $0.20 in the second year, and $0.20 in the third year. The UE committee has a range of responses to this—many will not be written here. Some were surprised the Company opened as high as they did, given the nickel or pennies they started with last time, others were disappointed or pissed off.

“Maybe a few dimes would have been acceptable in years past, but with the cost of living the way it is, we need to keep fighting for dollars,” said Larry Hopkins, Local 1177 Representative.

The Union and the Company are very far apart on wages. The Union countered today with $4.00/$1.80/$1.80 with some of the lowest paid in the country being brought to $14/hour in the first year. The Union will have a tough time coming down in the future unless Hallcon speeds up its offers.

We have 31 tentative agreements (TAs), which are separate pieces of the contract language where we have made improvements and come to an agreement. All TAs will be a part of a final package that all UE members will be able to read, discuss, and vote on. When that happens, we don’t know yet.

The Union spent a good part of the day on August 25th trying to craft counter proposals to fix problems drivers have brought forth. The Union is still fighting to establish vacation that would be in addition to the current PTO, and we are close to achieving 40-hour language for road drivers that protects from over-staffing—though the Union and Company still have not agreed to language for OOA drivers.

UE still is fighting for on-call pay, for van safety rules that ensure a driver can refuse to drive unsafe vehicles without fear of discipline, as well as small things like ensuring employees have the right to use the restroom. “We cannot understand why they do not say yes to that proposal, it’s just plain human decency,” said Jessica Van Eman, Local 1477 Representative.

The Hallcon and UE contract expires September 1st and the pressure is on. “The Union Committee is likely not interested in signing any extensions to the contract if Hallcon representatives cannot or will not move substantially towards the UE,” Doris Kissee, Local 716 Representative. “We will put an offer from the Company in front of the members and we will have a recommendation one way or the other,” she added.

If the company continues to fail to meet members’ demands, the UE bargaining committee is prepared to take steps towards putting an offer before the membership and asking members to authorize a strike.