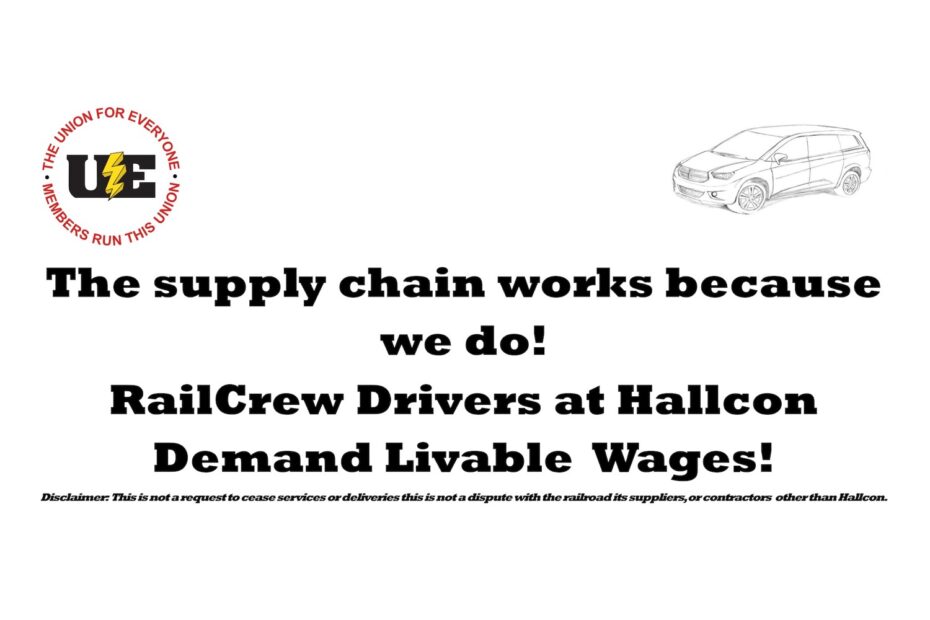 Beginning on Wednesday, August 24th, drivers across the country took to their yards to tell the company that “the supply chain works because we do!” As our bargaining committee pushes the company for higher wages, better benefits, improved scheduling, van safety, and on-call pay, rank-and-file drivers are showing that they stand behind the committee and are ready to fight the company for improvements.

UE has effectively used bannering at Hallcon locations in the past. Bannering shows the Company that drivers are united and ready to take action to win their demands. Railroaders across the country have also expressed their solidarity with Hallcon drivers, and railroad executives are putting the pressure on Hallcon to come to an agreement and avoid any interruption in their service.

See bannering actions across the country below: